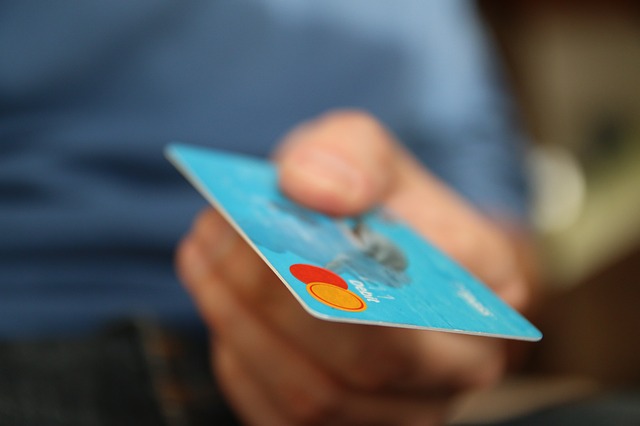 Just remember that a credit card will help you go a very long way if you use it responsibly and pay off your debt within the deadline provided by your card. Credit cards do have interest rates but you don’t pay any interest if you pay your debt before the deadline.

Those interest rates on credit cards should be a motivator in paying off your debts on time.

In regards to debit cards, it’s only main advantage is that it helps you control your spending. This is because with debit cards, you spend what you have in your bank. A debit card is a cash card. It’s only convenience is that you don’t need to hold actual cash in your pocket.

Real Story: My young brother never really considered getting a credit card despite all the advice he got. He used a debit card from day one because he felt having a credit card will make him spend uncontrollably and put him in a hole of debt.

After graduating from college with a finance degree (yeah it’s ironic right!), he found himself unemployed for a quite some time. To make ends meet, he worked part time as a waiter at a local restaurant. While the pay and tip was good, he still did not want to get a credit card despite having extra money in the bank. For most of his daily expenses, he used his debit card. Sometimes he would use more than what he had in his account and would pay the nonsenst overdraft penalty fee of around $25 per transaction.  He did get off some of the penalty fees by calling the bank. These problems would not exist if he used a credit card.

So after a year and half as a waiter, he landed his first “real employment” at a big private hospital doing administrative work. As a person with a stable income and job now, he wanted to buy a house to upgrade his life. However, because he had no credit history he couldn’t get a loan.

There were also other unexpected problems I remember my brother complaining about. As an administrative hospital worker, my brother at one point had a very difficult time obtaining government related security clearance. This problem caused some delays and an increase in workload. It’s quite hard to believe but all this nonsense because he had no credit history.

Furthermore, he wanted to buy a house and but had difficulty because he had no credit history. Just to keep him happy, I did tell him that having no credit is better than having bad credit. But my brother said it felt like the same thing with all the problems he was going through.

He finally learned his lesson, which is to start early (and listen to your older bro… LOL). He got a secured card and now he is growing his credit history so he to upgrade to a better credit card and make it easier for him to apply for loans.

You live and learn right?